Yellowjackets are a common summer and fall pest in the United States. These predatory, social wasps live in colonies that can range from several hundred up to 4000 individuals.

Black and yellow color pattern across their abdomens.

Hairless, and segmented with a small waist.

Elongated with a fore and hind wing. Fold laterally when at rest.

Lance-like with small barbs. They can sting continuously.

While not quick to sting, they are territorial and will aggressively attack if they feel their colony is threatened. Yellowjackets can sting repeatedly, inflicting a painful sting each time. They will emit an aggregating pheromone which can lead to a mass of yellow jackets attacking. Yellowjacket stings can be dangerous, depending on the person’s sensitivity to them. Sensitivity can increase so that future yellow jacket stings can become life-threatening.

Depending on the yellow jacket species encountered, nests are found in the ground, suspended in trees, shrubs, or from our buildings, or in wall voids, attics and crawlspaces. Nests are always made out of paper-like material called cartons, and typically have an elongated football shape to them.

Often nests found in wall voids or attics will incorporate the sheetrock into their nests. These situations can become a hazard when the yellow jackets finally “chew” through the sheetrock into the home, when the homeowner hears a noise in the wall and taps on it, only to put their hand right into the nest or when the nest simply is heavy enough to fall through the sheetrock. Hanging nests or ground nests become problems when they are “accidentally” discovered by the homeowner, gardener, or children. Each spring, an inseminated female that has hibernated in a woodpile, wall void, or attic insulation, etc., will begin a new yellow jacket colony from a golf ball-sized nest. The nest begins with a very few individuals that over the course of the summer can grow to the colonies with up to 4000 members.  In the Northwest, yellow jacket nests do not live through the winter.

If you see a yellow jacket infestation, call a licensed pest control company immediately. While they can help with nuisance pest population control, they are dangerous and can be difficult to remove safely. 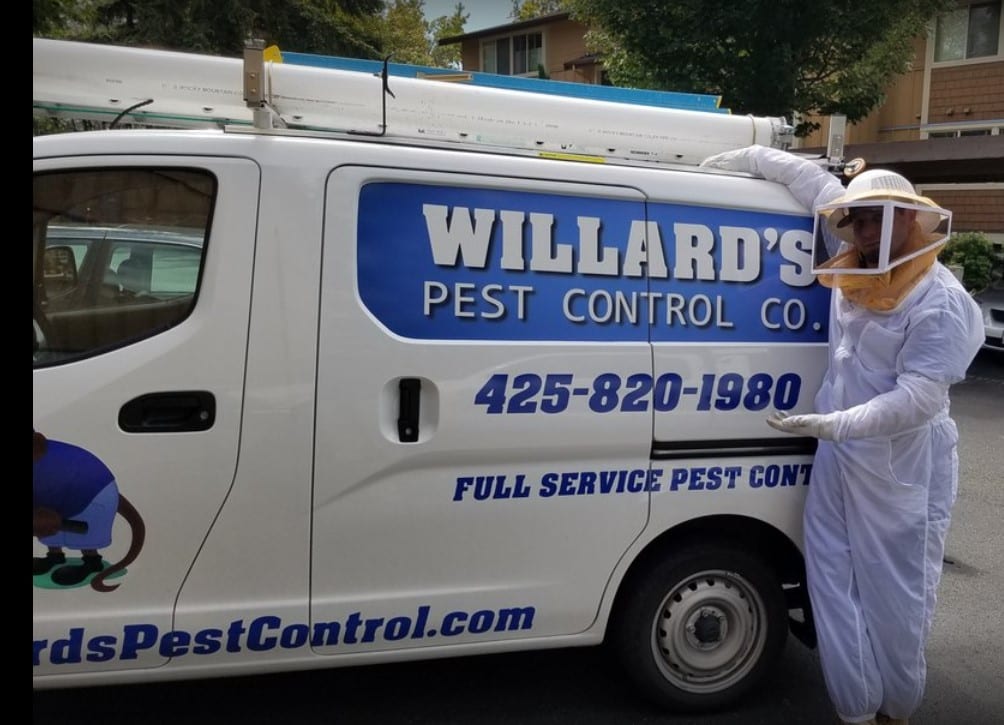